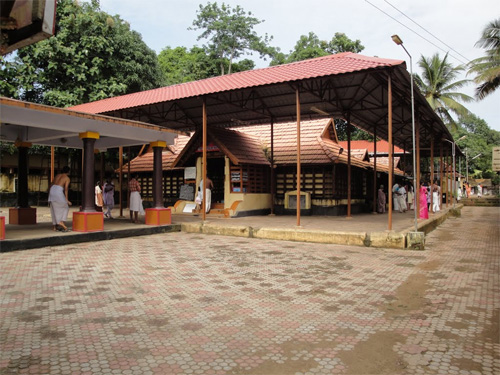 The Valiya Koyikkal temple of Dharma Sastha is the family temple of the Pandalam royal family set in around 3 acres of land.  It is one among the 348 important temples of Kerala classified in 1811 during the rule of Travancore Diwan Colonel John Monroe.

The procession to reach the sacred ‘Thiruvabharanam’ of Sree Ayyappan starts from this temple here before the annual Makara festival.

The square shaped structure of this temple has brass metal roofing. To the south-west of the Sastha shrine is the shrine of Malikappurathamma.

All important poojas and rituals observed in major temples of Kerala are followed here too. Saturdays witness the maximum crowd. ‘Sharkara Payasam’, ‘Aravana’ and ‘Unni appam’ are the main offerings.