Mel Santhi or Chief Priest performs the day-to-day poojas and rituals at the Sabarimala temple.

The Travancore Devaswom Board, which is responsible for the administration of the Sabarimala temple selects the Mel Santhi for a period of one year. The selection of Mel Santhi is done by inviting applications from priests well versed in the Vedas and the Vedic practices.

An interview by a committee is the first round of the selection process. Shortlisted names are then written on pieces of paper and put in a pot by the temple authorities. A draw is conducted in the presence of the Tantri and other key temple authorities. The selected person assumes the charge of Mel Santhi in Sabarimala. 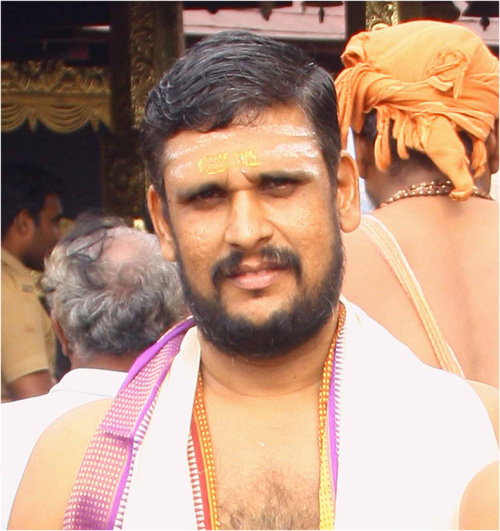 T M Unnikrishnan Namboothiri of Thekkumparambath Mana at Cherpulassery Palakkad has been chosen as the Melsanthi (head priest) of Sabarimala Ayyappa Temple for the year 2016-17.

He assumed charge at the installation ceremony held at the temple sopanam on Novemebr 15, 2016 when the temple opened for Mandala- Makaravilakku pilgrim season. 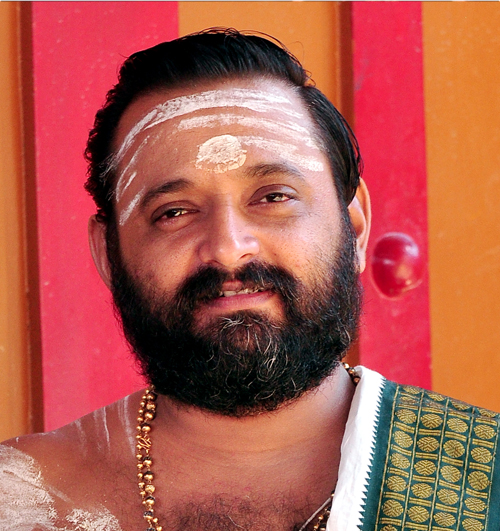